On Thursday evening last week, we made the drive down to Virginia Tech for the Grand Opening Ceremony of the Marching Virginians Practice Facility. I had donated some loose change to the construction a while back, which made me eligible for a ceremony invitation and a 1000% uptick in requests for money from poor undergrads working in the VT call center.

The trip down was actually as pleasant as it's ever been with zero cops, even in Botetourt County. Being able to go 75 MPH instead of 65 seems to make all of the difference, especially in the time-warping Bermuda Triangle-like section between Exit 222 and Exit 140.

Dinner in Blacksburg was at Macado's, where they sat us in the Creepy Baby section under King Kong. I almost didn't recognize the area with so much new construction -- the lone Hardees north of campus is now dwarfed by a four story parking garage, and they're in the process of replacing all of the original Corp dorms with Hokie stone buildings. 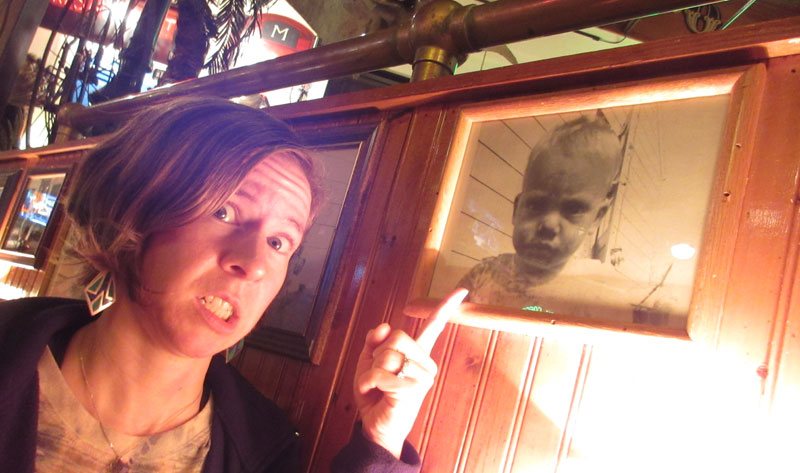 The new MV facility is pretty swank, featuring a full-sized field with synthetic turf, a covered pavilion for musical rehearsal, real restrooms, and temperature-controlled storage rooms. Following multiple rounds of speeches ranging from obligatory to heartfelt, the entire audience was invited onto the field for a full band performance and a group effort of the Hokie Pokie, which Rebecca got to experience as if she were a new freshman. 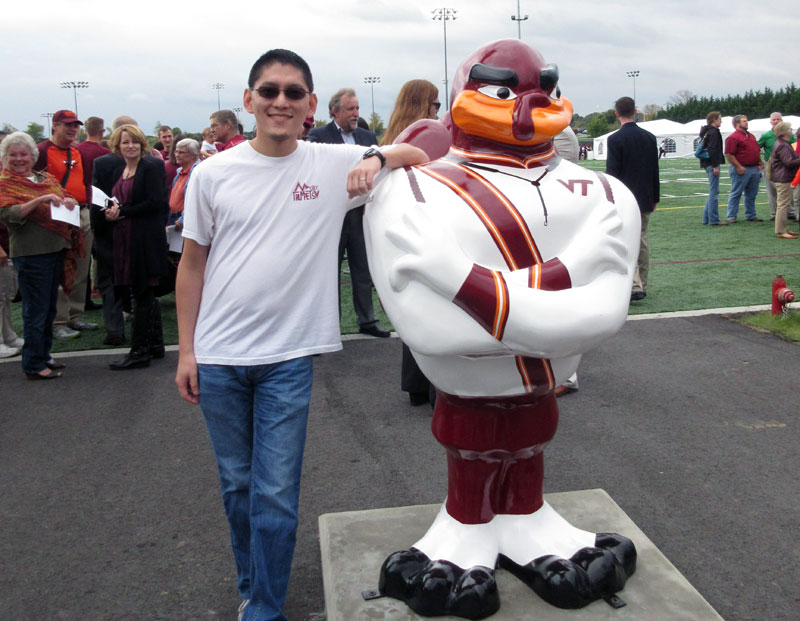 Afterwards, we took an hour walk around campus to see what had changed. Besides the new buildings, not much had. The New Residence Hall is STILL named as such, sixteen years after construction (which may constitute false advertising). The Cinnabon in the students' center has been replaced with a dimetrically different offering, Au Bon Pain. And, the dining hall where "all you can eat bacon as long as it fits in your to-go box" reigned supreme has been replaced with a massive arts building with art exhibits and hippie walls covered in poetry.

From Tech, we went to Christiansburg to visit Anna's youngest sister, Becca, and her three kids, two dogs, one cat, and one husband. Kitty, of "Kitty and Sydney" was also there, living out her old age as a fat sun-stoked whale on the woodsy porch. 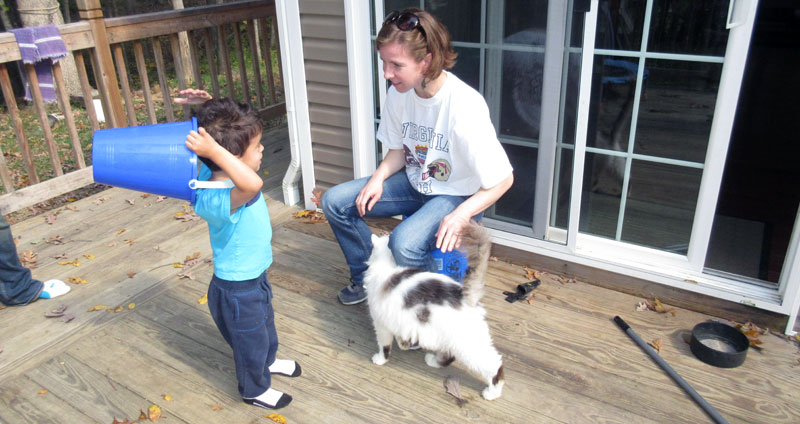 To close out the day, we visited the Flying Mouse Brewery in Troutville, based on the T-shirt that someone at the ceremony was wearing. It turned out to be owned by an old MV, so we traded a few stories and tried a flight of good, varied beers before getting back on the road. 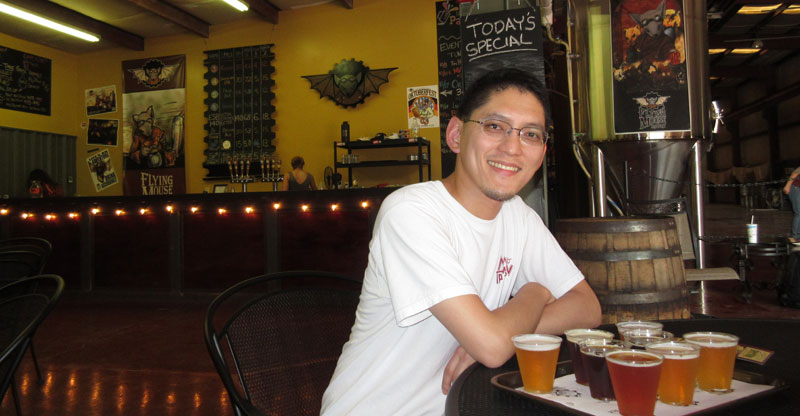 The drive home wasn't as fun because of a thunderstorm, but we made it safely back around 9 PM on Friday, so Rebecca could get ready for another weekend of yoga teacher training.

The real weekend was pretty low-key -- I played some games and worked on a new web hosting project which should be live sometime this week. How was your weekend?