Other than the release of DDMSence 1.8.0, which adds support for mutable builders, and has seen a surprising initial surge of downloads from China (OMG SPIES.), the main event this weekend was the marriage of Sam & Kristen Edwards, at a working train station in downtown Richmond. 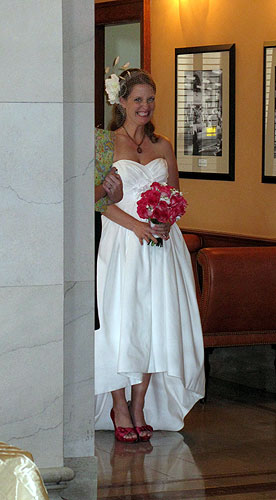 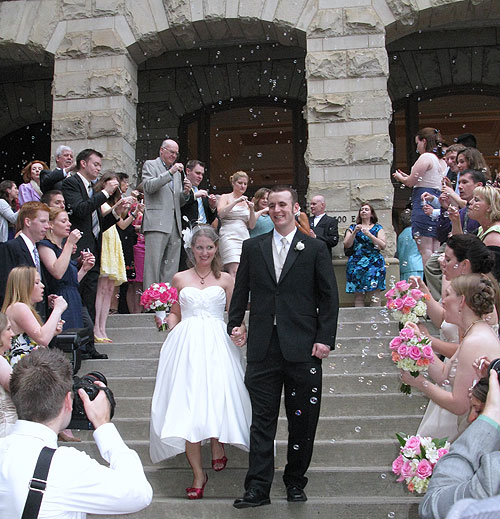 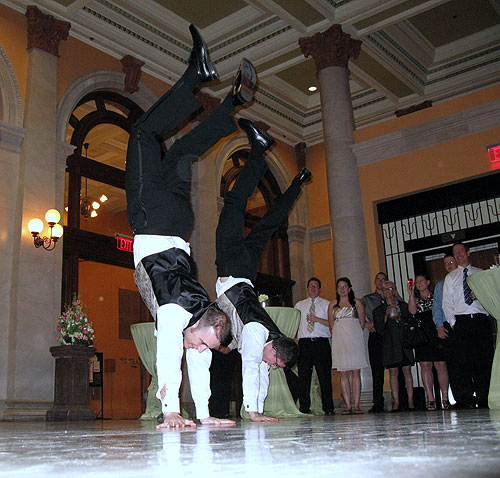 Afterwards, we helped to Optimus Prime the room from a ceremony layout to a heavy hors d'oeuvre layout, a task made more difficult by the fact that the tables couldn't be dragged across the floor in such a historic setting. This rule would have made more sense had the tables been made of such fine materials as plywood or helium, but not so much in our granite, cast iron, and chunks of sumo wrestler reality. We did get help from a local employee who observed the heavy lifting from afar and shouted, "NO DRAGGING!" whenever we got within an inch of the floor -- that person would probably not be very good at Taboo because of too many false positives.

The next morning, we had breakfast at a local, organic restaurant called Cafe Gutenberg, where we learned that organic food apparently takes three times as long to prepare. An hour and a half later, we were back out on the street with full stomachs, and closed out our Richmond trip with a tour of the Edgar Allen Poe museum. This eclectic set of exhibits included a painting with a sign which stated, "This painting has POE signed in the lower righthand corner. We don't know if Edgar Allen Poe ever painted anything, so this might be painted by him. Or it might not. Peace."

Now that we're back up north, it's time for Rebecca to pack for her trip to Peru, while I get ready for a week of cabinet installations with my Dad!

Court: No right to resist illegal cop entry into home

Donkeys Take Over From DSL as Syria Shuts Down Internet