The Oscars, Part VI of VI

The Nominees:
City of God
Cold Mountain
Girl with a Pearl Earring
Master and Commander: The Far Side of the World
Seabiscuit

What will happen?
This year has some of the corniest titles ever, and they all sound like they're first cousins of each other. Since I haven't seen any of the movies in this category, I will presume that they all employed cutting edge techniques like following the action with a handheld camera, transitioning with blur, and FADE TO BLACK. You can take your camera to a mountain, but you can't make the mountain do anything for the camera. As such, Cold Mountain will win, because they must have used some damn crazy effects to make a mountain (albeit a cold one) interesting enough for nomination.

The Nominees:
City of God

Best motion picture of the year 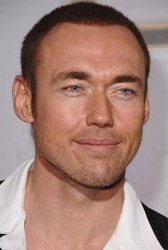 ♠ Last night's episode of LOST was probably one of the most well-crafted episodes of any TV show in a long time. LOST generally does pretty good at season finales, but it's hard to isolate any one episode as a "great" episode. This was one.

♠ I did not realize, though, that Dave Matthews worked on the freighter, though it makes sense since Stand Up was a really crappy CD and he needs money for legal fees in the old case where his tour bus took a dump on a boat full of tourists

♠ It turns out that the writer's strike will work quite well for my schedule, since the final completed episode of LOST will air before I leave for Europe, and the next one after that will air a month later, after I've returned with some croissants and crumpets in my handbags.

♠ That's really all I have to say this week.

♠ Today's Friday Fragments column seems a little shorter than it normally is, but this doesn't really matter since it's the end of the month and no one will remember it next week when it vanishes off the front page. February 29th is such a made up day anyways, I might as well phone it in.

♠ If we occasionally have to add days to our calendar to keep ourselves in sync with the trajectory of the Earth around the sun, we might as well be reasonable about it and decree that the extra day is always an extra Saturday. No one's really going to cry over an extra weekday.

♠ Alternately, we can fire a probe at a glancing angle to the Earth, slightly increasing its angular momentum and velocity through space, eliminating the need for Leap Years (I recommend that Charlottesville be the target). However, since launching a probe would imply that we have a base established on another planet, we'll have to just go with the old-fashioned approach: everyone runs west really fast. This is very possible -- I took AP Physics in high school and slept through two semesters of COLLEGE Physics at Tech.

♠ Speaking of Tech, there is a Marching Virginians happy hour in Sterling (the most happening city in North America) at Bungalow Billiards tonight. Dave McKee will be there, so come out if you're local! There are no big plans for the weekend other than that, but I'll probably play some Professor Layton, a fun puzzle game on the DS, and some Warcraft. Plinkette hit level 70 a week ago and Plinky is stockpiling honor like crazy.

♠ This weekend is also jam-packed with birthdays, from Katie Lucas and Dave Harper tomorrow to Mike Sharp and Mike French on Sunday. Happy Birthday! Have a great weekend!

or "How I Stumbled Upon the URI! Zone"

The number of weird searches has decreased in 2012, and it seems as if many people are using browsers that hide the search term by default. Since this is no good for the sake of comedy, I may have to vote against any privacy rules rolled out in the future.

I spent most of Saturday working on my new personal project, which should be released sometime this week if I remain ambitious and stop playing Overwatch so much. In the evening, we went over to the Cranes in their new home in north Herndon. We played games and had personal pizza from Pie 5 on Route 7, which Rebecca dubbed "Chipotle for pizzas". The pizzas were definitely good and we'd go back.

On Sunday morning, we took our first hike of 2016 along the Bull Run - Occoquan trail. We did about 7.5 miles and only slipped a few times in the endless marshes of blizzard mud, then grabbed lunch at a little deli in Chantilly. In the evening, we went over to my parents' to celebrate my dad's 71st birthday (he is two of me in both age and height).