Ian is now a year and a half old, which means he's no longer eligible for an Amazon return. I haven't weighed him in ages but you can get a sense of how big he is in the picture below (BU for scale). 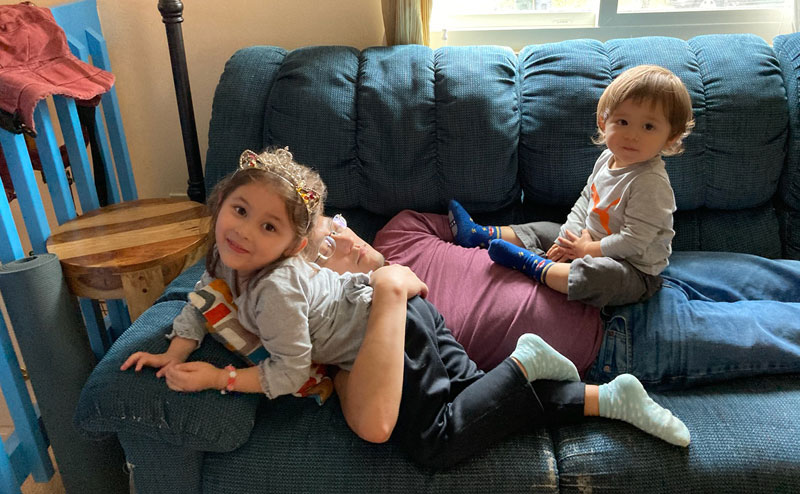 His speaking skills are coming together quite well. Among his understood and understandable words are: no, bus, wheel, mail, (ba)nana, peach, whoa!, and bye bye. He can also itemize objects and count up to three (sometimes four). He still says "da da" but he also calls all sorts of things besides me "da da", like this cow on a tractor in one of his books. He can mimic words you give him, like "yogurt" and "poop".

His understanding of songs seems to be better than Maia's at this age. When he starts to sing Baa Baa Black Sheep or Row, Row, Row Your Boat, he gets the rhythm right and the relative placement of pitches is at least on par with a remedial freshman sightsinging class. 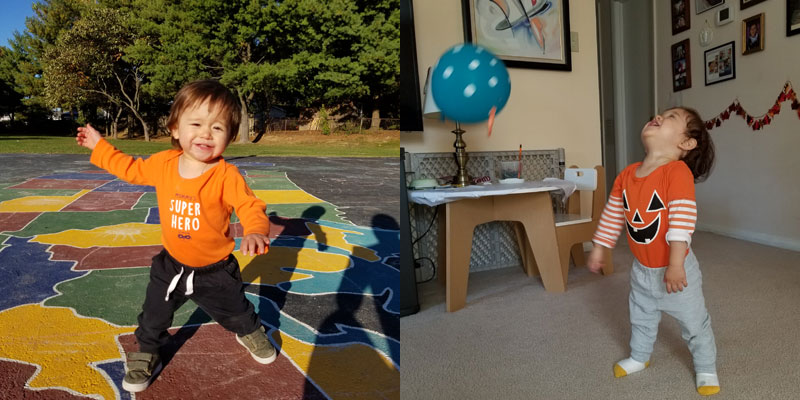 Ian's favourite activity is to have you read a book to him while he sits in your lap. Afterwards, he'll continue getting new books to read for as long as you let him. He's also happy with a reset, reading the same book over and over while pointing out all locations where there's a wheel on the pages. Once, I asked him to find the wheels on a page that didn't have wheels and, like a reasonable machine learning algorithm, decided that the round flower with petals was as close as he was going to get.

He also likes to draw, so we have taped a roll of easel paper across a table for him to scribble with crayons. We considered putting it on the wall, but worried that it might teach him to draw on the walls in general.

He will take a single nap each day, ranging from 30 to 120 minutes in length, which usually makes him pretty cranky in the evenings. On the weekends, I still get him out of the crib around 6:15, although the changes in sunlight make it hard for us to do our morning neighbourhood trash walk before 7 AM. 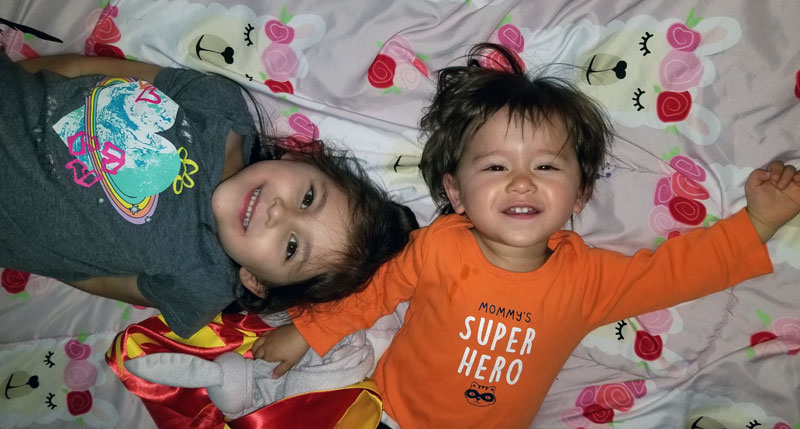 When nothing else is going on, he'll be doing whatever Maia is doing. She treats him very well and he likes to copy her actions. When both of them are at the crayon table, the house gets oddly silent for several minutes!