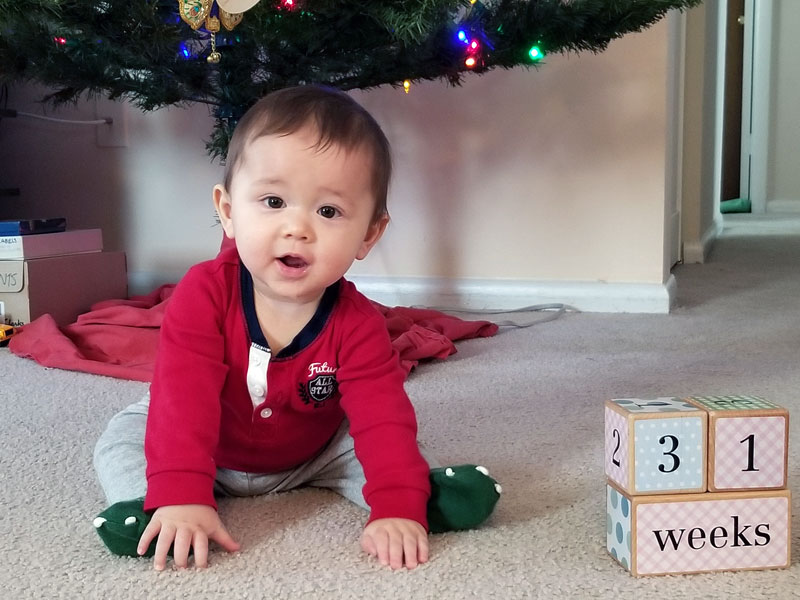 Ian became 7 months old on Thanksgiving Day and currently weighs over 18 pounds (Maia was 16 at the same time). He wears size 3 diapers and 6-9M clothing and can vocalize "da" and "ma".

Ian is rolling over now and usually travels 1 - 3 Ianlengths (Imperial measurement) from his original position. He uses rolling more as a method of getting things than transporation, but seems eager to start crawling as soon as possible. There is still a little patch of missing hair on the back of his head where he wiggles his head vigorously against the carpet when excited.

He eats solids in the form of mixed pastes and loves eating more than many adults. However, each meal usually ends in crying when he wants to desperately keep eating but has no room in his stomach for more food. 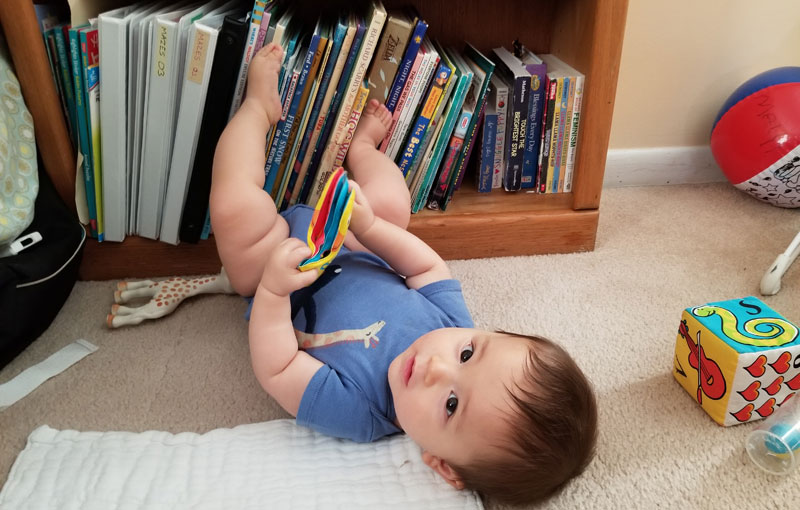 He is on an iffy nap schedule, sometimes taking a 90 minute nap in the morning and an hour nap in the afternoon, or only catnapping while in a carrier or the car. Each nap is accompanied by 5 - 10 minutes of outraged crying before immediate silence, like an old phone that drops from 55% to 2% in a blink. His nights are pretty consistent, sleeping from 8 PM to 6 or 7 AM.

We are all good in orbit around him. I'm starting to get free time back in my schedule again and Rebecca is planning to go back to work in January!