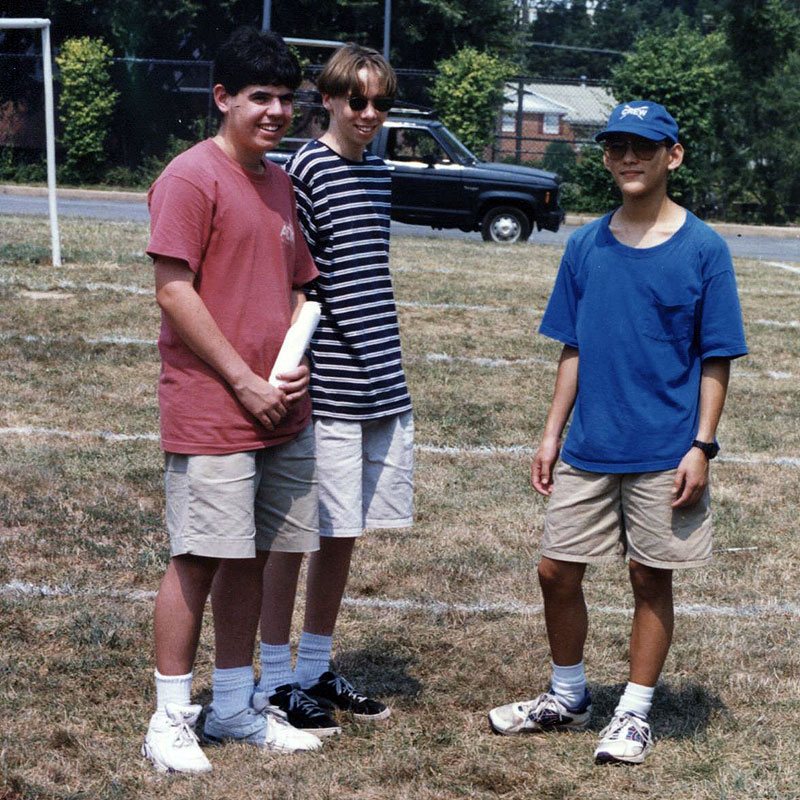 As drum major of the elite T.C. Williams Marching Titans, I was selflessly leading the band on a Chinquapin practice field that required a 20 minute round trip march to get to. We actually had lines on the field this particular day, a rarity.

I'm standing with Josh, alto sax, and Mike, trumpet. Though band members are not necessarily paragons of style, you can tell that primary colors and khakis were the word of the day in 1995. I also continued my streak of wearing clothes and glasses that were too big for me because finding the right size while straddling the line between Boys and Mens clothing took up time that could be better spent playing video games.