Maia is now one year and five months old, weighing 21 pounds and walking up a storm. After months of getting a feel for how long it will take her to crawl down the hall after you, she can now startle you like a nascent ninja by coming into the room right behind you. She has 3 teeth on the bottom and about 8 on top. Maia reads on her own less than before, but still sucks in knowledge like a sponge. She can identify things by color, continues to refine her animal sounds, and learns a million new things at the library every day.

She has two stuffed animals, creatively named Bear and Bunny (one is a bear and one is a bunny, and they both identify as such), that she takes wherever she goes. She sometimes cries if she can't find or have one, although she's surprisingly okay with the fact that we have two copies of the bunny (for laundry purposes) that don't quite look the same.

We put up our Christmas tree a few weeks ago and tentatively left it unprotected by gates. Maia's been great with it so far, choosing to play with the ornaments on the lower branches rather than tipping it over. She likes Christmas trees, lights, deer, and all the accoutrements of the season. 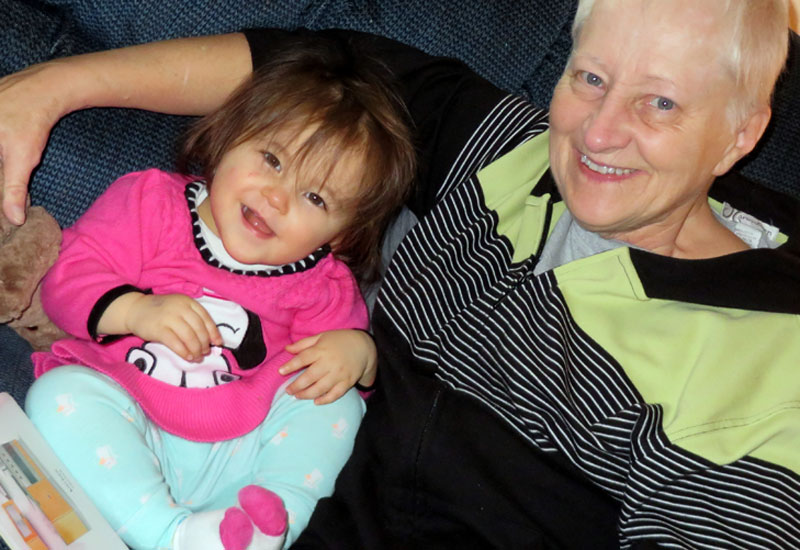