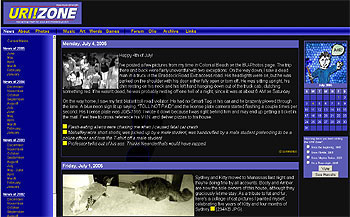 What were you doing ten years ago in July?