June 3, 1995 was a productive Saturday in the life of this junior. In the morning, I went down to the Alexandria DMV on Eisenhower Avenue to take the written test for my learner's permit (at the time, the age threshold was 15 and 9 months). I passed but got 4 of 35 questions wrong, and all of the questions I'd gotten wrong were about drugs and alcohol. I didn't study that section of the manual because I naively never expected to ever encounter drugs or alcohol in the world (then I went to Virginia Tech and became a music major).

After lunch, I created this poster for my upcoming end-of-the-year party, to be hung on the front door as guests arrived. 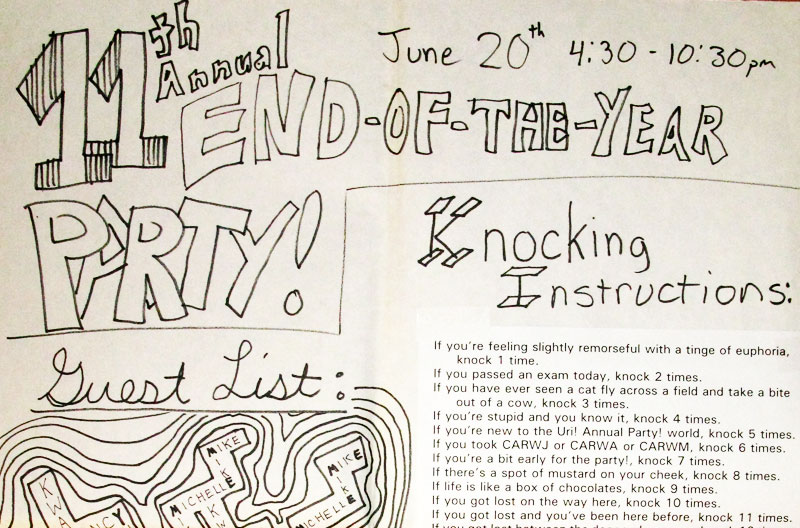 I had not actually had eleven annual parties, but I was finishing eleventh grade so that was close enough. While working on that poster, the mail arrived and I received my SAT scores: 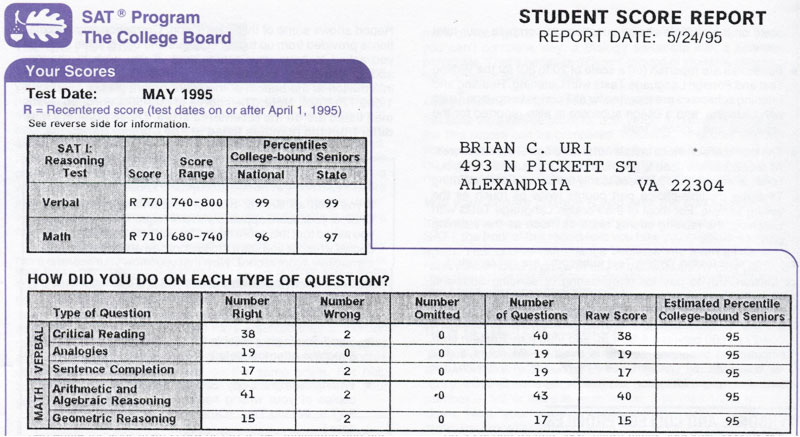 This score was probably lower than it could have been. However, I was jaded, having taken some form of the SATs every year since the sixth grade as part of the "Talented and Gifted" program (probably called the "Wow, You Worked Really Hard At That!" program today), so I didn't put as much effort in as I should have. Also, I always liked to be the first person to finish tests, so I probably lost a cumulative 10% of credit across all tests in high school simply through careless mistakes and not reviewing the answers. However, I was excellent at analogies, as you can see from the detailed score breakdown.

In the evening, Jack W. and I went to the movie theatre in Bailey's Crossroad (where the Target is today) to see Die Hard With a Vengeance, which had been released just two weeks earlier. It was actually the first Die Hard movie I'd seen, and to this day, I've still never seen #2 or #5.