Learning Spanish has been on my to-do list for many years now but I never progressed beyond CD #1: El Alfabeto, and each additional day that passes by without any real progress further increases the odds that I'll just never get around to it. That's okay, because I never get around to plenty of things, and there's not enough time in the day to waste worrying about the things I haven't done. 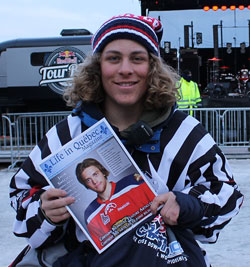 Since I'm not getting any younger at this point, it would probably be easier to change the world around me, such that my four years of high school French would be worth something, rather than have to do any real work at self improvement by learning a new second language. Here then, is my five-year plan: