To commemorate my recent mortgage refinance, which will let me pay off the house 8 years sooner for fifty bucks a month less (9 meals at Popeyes), here is a retrospective of all the places that are qualified to erect "BU Slept Here" plaques once I have fulfilled my childhood dreams of becoming a robber baron and then making over my image through philanthropy.

1980 - 1996
My childhood home was nestled in the drooping bosom of Seminary Valley in Alexandria, on a dead end "street to nowhere" which was originally intended to be a major north-south artery, but has since settled on being "that wide street that uses up the asphalt budget because the former mayor lives on it". Since leaving home, I've learned that the one downside to living in Seminary Valley is that you cannot get out of the neighbourhood without an 8 minute wait at a traffic light. This was probably an intentional design aimed at keeping middle-middle class white families in their proper place.

1996 - 2000
I spent 4 years living in West and East Ambler Johnston, long before it became a weird hippie learning commune, when the only noteworthy thing about it was the antics of the arsonist pulling thousands of students out for nightly fire drills. This is also when I learned that you can mute an in-room fire alarm in an undetectable way with Scotch tape and a Sharpie. In 5050 West, Andy Norton practiced his soprano sax along with Kenny G. 3119 East was an engineer zone, led by Dan Shiplett and trailed into detritus by Nathan Egge. 3112 East was a solo pad that I shared 5 days a week with Kelley, when he wasn't out culting it up in DeMolay. 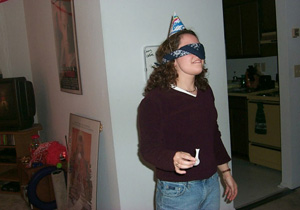 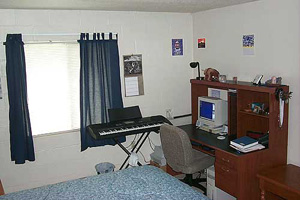 2001 - 2003
Life at Parkwood Apartments in Tallahassee was pretty quiet, other than the time the guys upstairs bought Dance Dance Revolution, setting up standing waves of unfortunate girth. Parkwood is also where I learned that a rice cooker full of rice counts as a full meal, and you should check on the community washers occasionally when using them, because the homeless were often on the prowl for clean shirts. 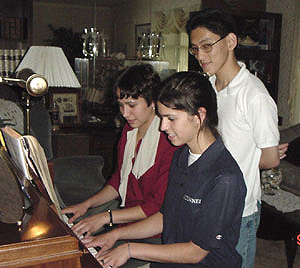 2002
In order to shave 30 miles off my daily internship commute, I stayed with Anna's family in Chantilly during the summer of 2002, spending most of the time standing around looking creepy. There were Catholics everywhere! 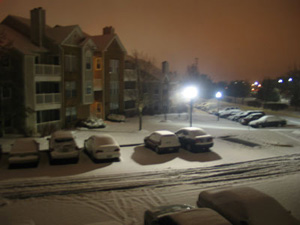 2003 - 2004
I lived at The Elms in Centreville when I moved back up to Virginia, mainly because it was the only place in the area that had an open parking lot with no permits required. This apartment was the battleground in almost every Kitty vs. Booty cat fight video I've ever posted. 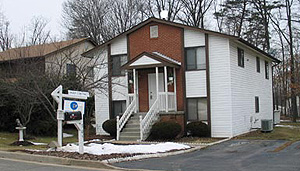 2004 - 2011
I moved up to Sterling in February 2004. In hindsight, the birdbath which was the centerpiece of the front yard was clutch. I should have kept it and mounted it on the roof. You can't tell from this picture, but the yard was a mudhole before we built all of the sidewalks around the house, and I was occasionally worried that the house would sink during especially heavy rains.

You are now well equipped to be my reference on any security clearance interview that might arise.

Doritos Creator to Be Buried With His Chips