I left Alexandria at 8 in the morning for the three hour trip to Schley, Virginia, a tiny burg outside of West Point and Williamsburg in Gloucester County. I started out by listening to at least two songs on every station of XM Radio, but that got old pretty quickly around channel 16. The 60s channel had an all-day Monkees marathon, so I settled into a groove of listening to that, the global pop station, the comedy station, and the punk/alternative/new wave/80s station.

I got to Schley around 10:30 with several hours to go before the 4 PM wedding of Philip and Kara. After scouting out the church, the reception site, and the McDonald's, I found myself bored in a backwater town, so I went and watched Collateral at the local theatre. The plot was very contrived, but the movie itself was good. Tom Cruise played a good bad guy.

The wedding was jam packed, mostly with people from the bride's side who I didn't know. I was actually standing in the entrance to the back of the church with many others so I didn't have a particularly good view of the proceedings. During the reception, I ate lots of cold shrimp and I caught up with Kelley and Kathy from Tech, who are up living in West Harlem now (going to NYU Law and the New School for music, respectively).

Around 6:30, as hurricane winds and thunderstorms approached, I left so I could get back onto familiar roads. A massive thunderstorm followed me from Schley all the way to the Outer Banks but the trip itself wasn't too bad. My XM Radio stayed on throughout (and only had problems when I was in a particularly tall forest in Gloucester). I got to use my Smart Tag on the other Virginia toll road below Chesapeake -- you pay $2 for the chance to drive on a two lane road that's about five miles long.

I got to the island around 10 that night and the rain finally went away. Unfortunately my driving directions involved using a water tower as a landmark, and those aren't very visible at night. I ended up driving all the way past the Lighthouse to the end of the road above Corolla, then had to drive back down 4 or 5 miles, turning into several subdivisions. I finally located the beach house around 10:30 to find that a majority of the people were already asleep (having left northern Virginia at 5 that morning). 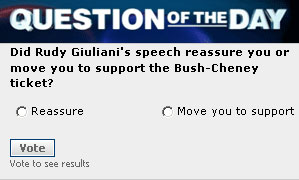 Because thieves can't do anything with beer besides sell it

He found the best the car could manage, going downhill with a following wind, was 104 mph.