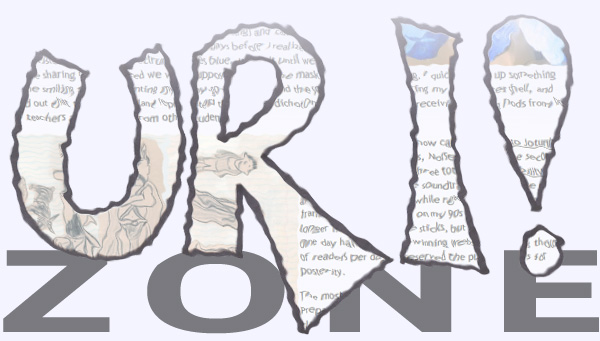 The URI! Zone is currently undergoing renovations, and will return on August 1, 2007 for a twelfth year of debauchery and food.
Wednesday, July 30, 2008

Charlie Wilson's War:
A fictionalized true-story drama about Representative Charlie Wilson's committee involvement in the Soviet-Afghan conflict of 1980. Manages to be fast-paced without needing action or suspense, mainly because of the snappy dialogue. Tom Hanks and Philip Seymour Hoffman are great, as always, and Julia Roberts costars as "Julia Roberts with blonde hair". The wit of the dialogue makes this a fun (and brief) movie choice even if you don't give a rat's ass about politics or the Cold War.

The Bank Job:
Although this is a British heist movie, it's nowhere near as convoluted as Lock, Stock, and Two Smoking Barrels or Snatch. This is about as straightforward as heist movies come, but it's still great to watch. Jason Statham has definitely been typecast by now, but he plays the brawny con to perfection. Subtitles may be necessary if you're not up on your British English.

Be Kind Rewind:
An indie flick from the write of Eternal Sunshine of the Spotless Mind in which a magnetized Jack Black accidentally erases all the VHS tapes in a video store. He and his friend, played by Mos Def, then proceed to refilm low-budget copies of classic films like Ghostbusters which develop a cult following. If you're willing to let the nonsensical premise slide, this is an enjoyable but pointless movie, with Jack Black kept in check just enough to not be overtly annoying.

Robots learn when people are happy and sad

Man deposits millions, one tattered bill at a time

The Color of Magic by Terry Pratchett:
With 38 Discworld books published, some of the later ones are bound to be better than the earlier ones, but I like to approach bodies of work from the beginning. This fantasy parody tells the tale of Twoflower, Discworld's first tourist, who accidentally causes the city to burn down after introducing the populace to the concept of fire insurance. A fun read, with artful use of the English language.

The Light Fantastic by Terry Pratchett:
Book #2 is really the second half of the previous story, and picks up right where it left off, with Twoflower and Rincewind falling off the edge of the world. I lost interest about halfway through, and it wasn't quite as intriguing, but now I can watch the Color of Magic miniseries with Ben Ahlbin's twin brother, Sean Astin, and Tim Curry.

Equal Rites by Terry Pratchett:
From the opening text, Book #3 is a polished, enjoyable read:

This is a story about magic and where it goes and perhaps more importantly where it comes from and why, although it doesn't pretend to answer all or any of these questions.

It may, however, help to explain why Gandalf never got married and why Merlin was a man. Because this is also a story about sex, although probably not in the athletic, tumbling, count-the-legs-and-divide-by-two sense unless the characters get totally beyond the author's control. They might.

This book is less about making fun of fantasy tropes (which isn't that hard to do) and branches more into general satire and humourous language usage. By tradition, a dying wizard passes his powers on to the eighth son of an eighth son, but dies before learning that it's actually a daughter. It loses focus a bit towards the end, but I think it's a good starting book if you're intrigued at all by Terry Pratchett.

Ender's Game by Orson Scott Card:
This is a classic sci-fi novel complete with star fleets and insect-like aliens -- to prevent the destruction of the human race, the military locates genius children and train them to become the next commander. I tend to think most sci-fi is ridiculous and stupid (Star Wars and Starship Troopers), but don't mind it when it's used merely as a backdrop for another story (like Janny Wurts' short stories about Private Jensen, and Firefly). Although it does have some boilerplate sci-fi elements, it spends more time on the psychology / strategy side of things. It's also a little hard to believe the protagonists (who range in age from 5 to 16) are atually children -- apparently being a genius also means you never act or speak like a child at all.

Prison Break: The Final Break:
This is a 90-minute straight-to-DVD movie that fills the gap in the final season -- after the ending, the TV show skips ahead four years and gives each character an epilogue. The Final Break fleshes out the events that happened during those four years, giving added weight to some of the events which might be misinterpreted based on just the epilogue. The plot is "somewhat okay" and mostly unnecessary, and it feels like they tried to fit four episodes of material into two episodes of time. It's a so-so diversion if you're a big fan of the show, but doesn't really add much to the story -- at times it almost feels like they were using it to pitch a new show idea: "Prison Break with Chicks".

Addiction therapists signing up for World of Warcraft

New pictures have been added to the Life, 2010 album and the West Coast Vacation, 2010 album. Enjoy!

I'm at the beach. 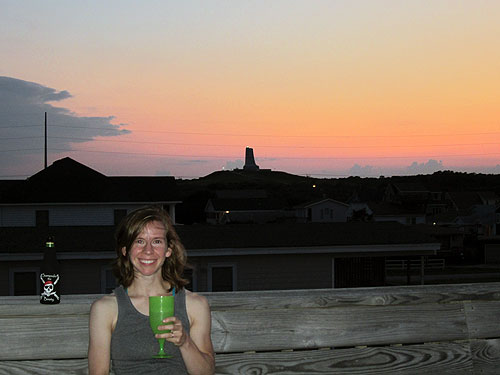 What the "At Last" beach house lacks in modern appliances, reliable Internet, beach toys, and charm, is mostly made up by a ridiculously short walk to the beach (less than 100 yards), a screened porch, and a crow's nest with a refreshing evening breeze.

As an undergraduate composer, the standard M.O. for accepting commissions is to accept every serious request you get (where the seriousness scale bottoms out with the drunk guy at a party in a beanbag chair slurring, "Dude, write me a song.") At this point in your composing career, publicity is more important than money, so you usually commit to writing a song in exchange for a performance or recording, rather than hard cash. The main reason to set a cash price is to deter the less serious requests, or the ones that you simply lack the time to do because you're too busy playing Starcraft in your dorm room all day long.

In my fourth year at Tech, I was approached to write a duet for string bass and horn. The performer didn't really have a specific idea in mind -- he just wanted a piece that "sounds like a piece written when a 20th century composer arranges a Bach fugue or prelude". I was not particularly interested in this commission because most duet writing is about hitting enough notes in succession to imply a harmony. Why waste time scrimping and pinching notes when you can just write for a larger ensemble with a bigger palette, unless you care more about challenging yourself technically than making good music?

For this reason, I set a price of $25 on the commission, hoping that it would go away. Unfortunately, it did not deter him.

The resulting piece, Duet of Dillamàro, was completed in record time (probably about a week), and employed time-stretching devices like "rubato", and "DC al Coda" (which is Italian for "this piece will be one minute longer if you restart it from the beginning for a while"). The title may have been an anagram. Normally, I liked to give the performer a few chances to play the draft piece to smooth out any rough fingerings or obvious technical issues. In this case though, the performer handed me $25, said it was perfect, and then I never heard from him again.

I would later learn that the performer was majorly in love with a specific horn player who did not reciprocate, and he commissioned the piece solely to invent time that they could spend together in the practice rooms, so the relative quality of the music was irrelevant to his aims. "Will you perform on my recital, look, I commissioned this duet for us" seems to be at an almost creepy level of adoration, but people do weird things for love. Tragically, the horn player shut that down pretty quickly, and it's likely that this piece was never even practiced more than once.

I most likely spent the $25 on two haircuts at the military barber shop across the street from campus.

Two years ago today, on July 30, 2012, we were in the Outer Banks with the Smiths. The tiny house, At Last, was cozy but completely lacking in Wi-Fi. Luckily, we were able to leech free Wi-fi from the hotel across the street, which I had stayed at as a child, ending the existential crisis of not having email at the beach. 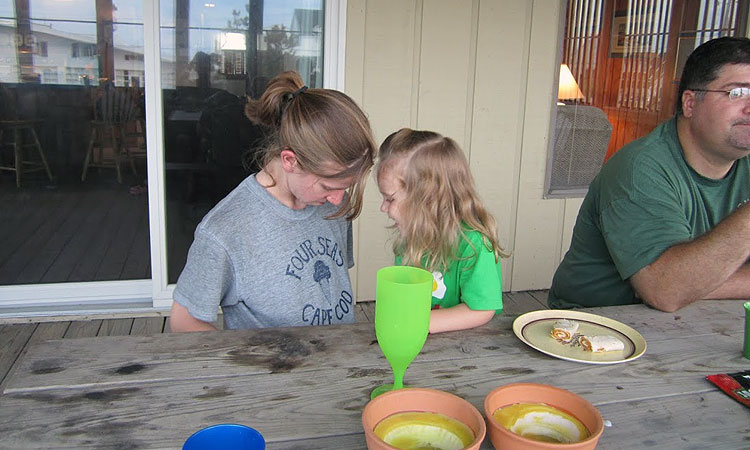 Here, Mallory was telling Rebecca that there was ice cream all over the front of her shirt. 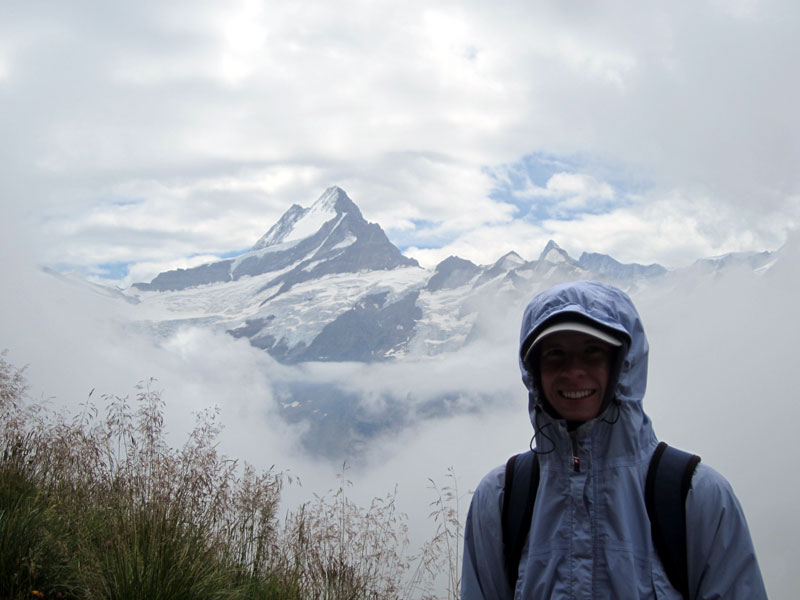 The Shreckhorn appears out of the clouds like a fevered opium dream as we hike from First to Falhorn. 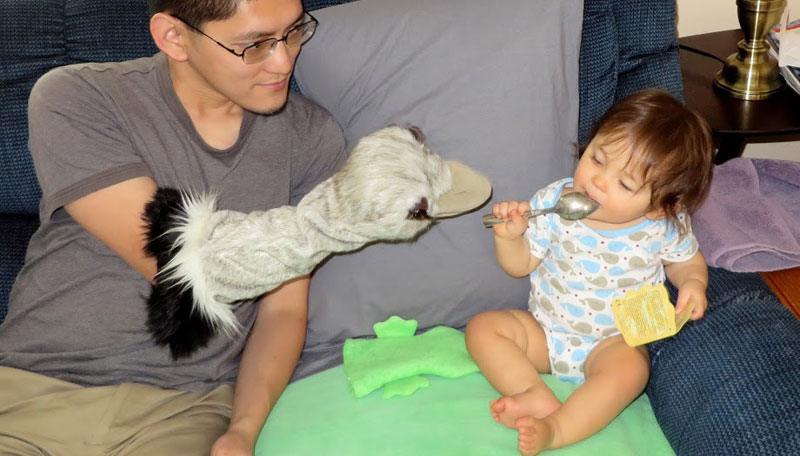 July's Final Grade: B, slow and steady wins the race 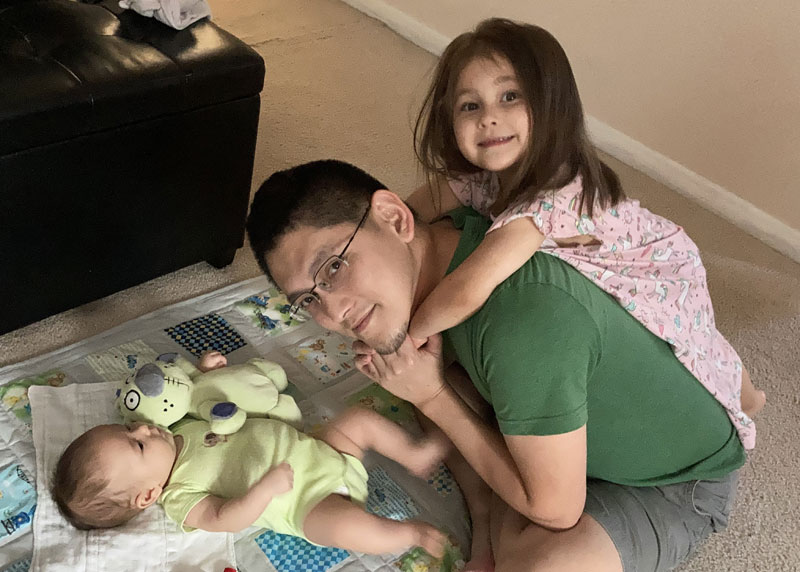 July's Final Grade: B, Work is light and time is plenty.