Our beach trip last week was a great success in spite of the lack of Olympics to watch. We drove down in 7 hours on Sunday the 26th, a task made more logistically difficult with fewer public restrooms open. 100% of observed people at the Fredericksburg rest stop wore masks, and this decreased to 75% around Hampton Roads and 50% in North Carolina. Maia had her first Happy Meal outside of Richmond, eaten in the shade of a tree near the restaurant. 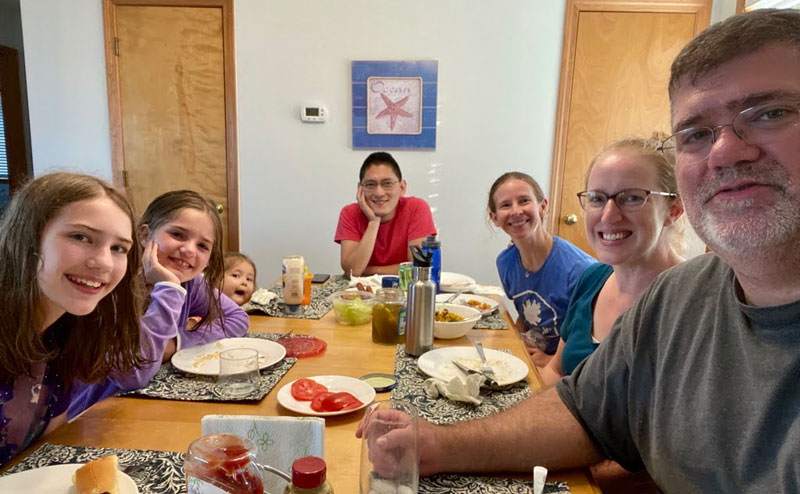 After extra quarantine time upfront, we merged our bubble with the Smiths for the week, which meant we got to have normal interactions like "too many people in the tiny kitchen" and many esoteric Kickstarter board games. The house was a perfect size for us, and featured a private pool and a short stumble to the beach. This was my first time in Duck, which I would have liked more if the boardwalk had been accessible. 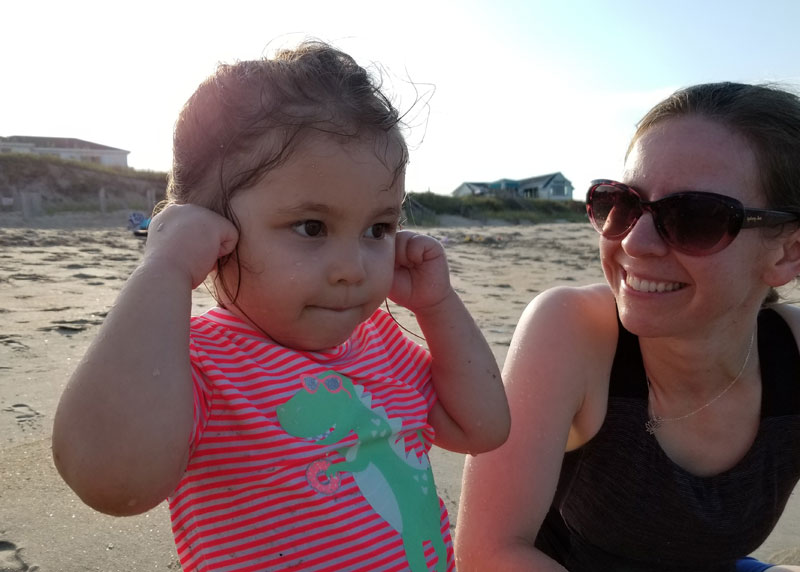 Maia loved the ocean, digging, and the pool, but also wanted to stay inside like a computer science major much of the time. She especially enjoyed playing with the Smith kids and said two things of note during the week: "We have a big family now!" and "I want it to be like this all the time!" 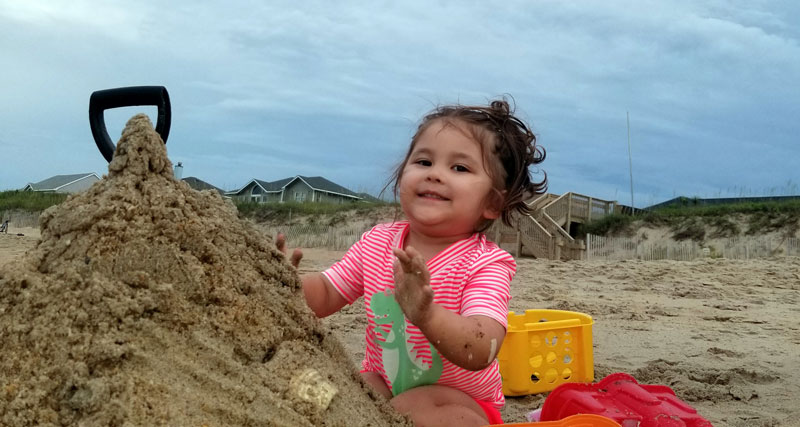 Apart from brief trips to pickup dinner at Coastal Cravings and late week groceries at Wee Winks, we stayed isolated the entire week thanks to Instacart deliveries. We went to the beach almost daily but it was a little too crowded for my tastes. We were among the few groups that wore masks along the beach access, and many people wandering down the beach walked wherever they wanted (until I dug a 12 foot trench that forced them seaward). We definitely took advantage of the beach on Saturday when most of the people were leaving / arriving. 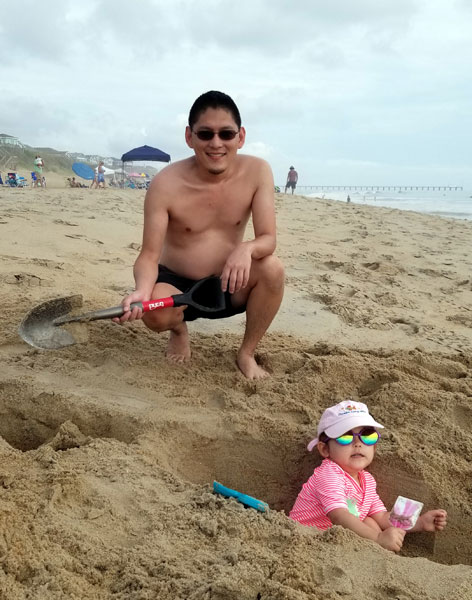 On our last day, there was a mandatory evacuation warning for Hatteras Island to the south. So not only did we make the impossible beach trip successfully without the county reclosing for COVID-19, but we also narrowly avoided a hurricane during our stay! We drove back on Sunday the 2nd and made it in a record 5.5 hours, after which I mowed 3 bags of rampant crabgrass in the awful heat to avoid mowing after Isaias blesses us with his rain.

Beach time is different with kids. I read one half of a book rather than six, did no running on the beach (one evening masked walk that was still too crowded to be restful), and learned nothing new. Still, it was nice to be in a different location for a while, and I feel rested and relaxed as I dive into August.