On Saturday morning, we descended upon the Just Between Friends consignment sale, featuring two hockey rinks full of used baby gear. We managed to spend less than a typical trip to Costco, yet still walked away with tons of items at greatly reduced prices. Afterwards, we went hiking with Sara on the Bull Run trail. 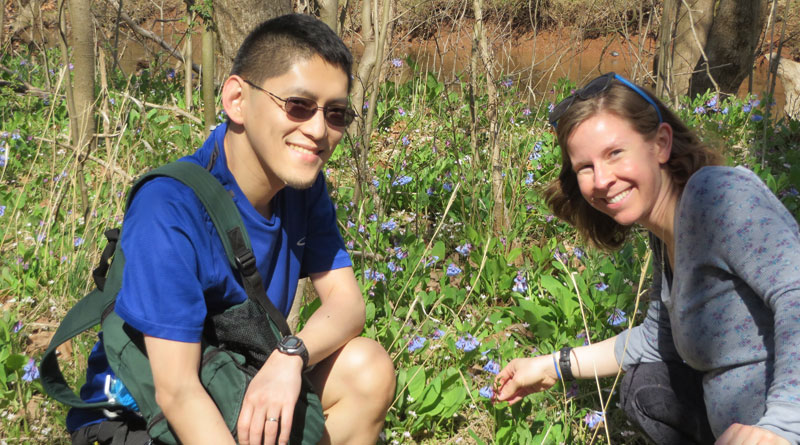 Although the bluebells were just starting to come out in force, the trail west from 28 was a treacherous bog filled with wet sock hazards because of Friday's monsoon. Still we made it over a mile in before arriving at a point where the entire path was washed out by a new tributary, Oregan Trail style. Instead of fording, we went back to 28 and hiked a bit in the opposite direction, racking up about 4.5 miles total.

Sunday was a day to get stuff done around the house. In the afternoon, Rebecca and I played a new VR game, Keep Talking and No One Explodes, in which one person has to disarm a bomb while the other person (people) talk the disarmer through it, Mission Impossible style, via a complicated bomb disarming manual -- neither party can see what the other sees, resulting in miscommunication hijinks. Afterwards, we had a meal of comfort food at Cheng's, followed by ice cream at Coldstone, and then retired early to prepare for the week.