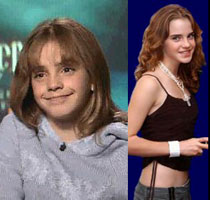 Yesterday's web update was written in the style of Mike Catania (ha ha).

Two hundred and thirty-six episodes later and Friends is finally off the air. Not quite though, since NBC plans to air reruns of all the recent Friends episodes and Friends-related news shows throughout Sweeps Month. They also made tons of money by shorting the final season by six episodes and then filling those timeslots with reruns tagged as "fan favourites".

They should have ended the series in a completely unexpected manner. For example, the friends are sitting in their apartment chatting it up when a plane crashes into the building because the pilot was involved in a freak tuna fish mishap. Fade to black with no explanation and roll credits.

You can tell Sweeps Month is here because every other commercial is an ad for some series finale, like "The Final Fear Factor of All Time!". ABC, the perennial ratings loser, is pre-empting Sunday's Alias for the second Harry Potter movie and a never-before-seen trailer from the new movie, Harry Potter and the Puberty Conundrum, followed the next week by seven straight nights of Who Wants to Be a SUPER Millionaire where the prize is TEN million dollars. Don't worry, because Regis Philbin has said that they learned the lesson of oversaturation from showing 363 episodes of the original show in a single year, and will not make that mistake again.

O'Neal got his prom date home by curfew