That was the best post in a long time.
Evil Mike (789 comments) 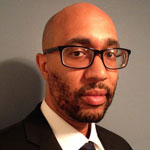 I would have to agree that the Nacho Cheese Doritos are rather bland now. Back in the day when it and Cooler Ranch were the only dorito flavors I ate it all the time. But now? Nacho Cheesier, Spicy Nacho, Salsa, Green Verde, and all those other assortment of flavors have made regular nacho just so useless.
Asmodues (57 comments) 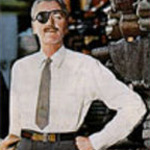 IM GONNA TAKE ALL YOUR MON-NAY!!!!

See you at Ben's tomorrow night if you go.
Kelley (216 comments)

Bill Maher says in his latest HBO special that in the early 20th century Americans ate on average 6 or 7 lbs of cheese per year. Now, they eat around thirty. I think I'm sitting right around fifty, not including Doritos, or any other fake cheese product. There's a poll for ya.
Tree (106 comments)

I'm going to have to chime in on this Rancy Dorito love-fest. I've had them, and I don't think they're the shit. Tho it's better when you dip it in ranch dressing.

And the cheese Doritos are awesome... sometimes I'll tear off a little piece of american or sharp cheddar cheese to go along with the chip.

Cheese is wonderful. And is making me hungry.
Tree (106 comments)

Poll: How much cheese is in your ass?

Cheese, Brian, that was a bad joke!
Chompy the Ghost (920 comments)

That's such a beautiful temporary icon, I'm almost sorry I sent you a proper one...
BU (1519 comments)

Haha, if you want, I can resurrect the temporary icon permanently :P
Rachel (250 comments)

Nah, it's ok. I'm happy with this one. I have, however, stolen the temporary icon for use as my MSN avatar.

You should drag your ass onto some kind of chat program every now and then, by the way. Possibly you have me on block. I swear that boiled bunny was an accident!
Rachel (250 comments)

For no reason, lets hear it for the biggest asshole who ever was in baseball: Billy Martin.

" Zack Greinke of the KC Royals is at 14 losses right now. Billy Martin logic would be: stick him in tie situations and have him keep pitching until he gives up a lead (or tell the team to botch some fielding and hitting). But there was only one man on the planet who would do that, and his name was Billy Martin. If Billy was at the helm, the guy would probably have 30 losses by now."