Thank you for the pictures and their captions.

What was today's article about?
Kelley (216 comments)

You get paid for this job of yours? It sounds almost as slack as my life -- which is now completely free of The Man's control now that I'm done with school and have no prospects of employment. Hook me up with your sweet gig Brian!
Kim (104 comments) 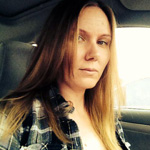 My job SUPPOSEDLY has flex time. However, I have found that in my division if I utilize the flex time I am not taken as seriously and thought of as a slacker.
Kim (104 comments)

Also, from what I have noticed mothers that chose to use flex time to manage their family/work lives end up being punished for it in some way that probably could never be proven. They end up with less promotions and lower pay, and if you are a single parent especially that does NOT help you in the long run. They should release a study showing that.
Beavis (225 comments)

I am the first one to complain about the people over-using their flex time especially when it ends up slamming me with work because I don't have a family. My point was just that I don't think companies should get spotlighted or credit for having supposedly "family friendly" policies when the policies fall apart when it comes to things such as promotions and raises for those who do use their flex-time options responsibly.
Beavis (225 comments)

Hey! Shouldn't you all be at work!

See, Anheuser-Busch has a great policy to combat this. It's called "2 free cases of beer each month." So excuse me while I grab another Bud Select out of the fridge and forget about work.
Rachel (250 comments)

The members of my household, including myself, would like to cast our three (3) votes in favour of your proposal to "wear spandex and slowly rise out of a bathtub filled with ice cubes". Beats those damn cat videos any day of the week!
BU (1519 comments)

Yeah, that's not my idea of a good time!
Tammy Jo Hillbilly (14 comments)

Most of the parents I know who use flex time and work from home in order to have more time with their kids end up working longer hours than before they had kids. A friend of mine who previously worked 50 hours/week in the office now works 60 hours/week from home, and she doesn't shoot the shit with co-workers like her in-office co-workers do. Another friend went to "part time" after having a baby and now gets part time pay for continuing to work 40 hours or more per week, only now she does it in the evening after the baby goes to be instead of doing it in the office. Personally, when I work at home, I get way more done than when I'm in the office. I try to avoid WAH though because I don't want to bring my work life into the home.

Since most of those who work from home are more productive and work longer hours, you'd think more companies would be more accomodating. People are more determined to prove they are working when they can't be physically seen. When they can be seen, they feel free to read and post on the URI zone and gab with their co-workers.